Is a hydrogen combustion engine a viable alternative to electric batteries?

Toyota and other companies are pushing for the development of these H2 cars, but are they feasible?

Last summer, Toyota announced that it was working on the development of a hydrogen combustion engine, leaving many wondering if this technology has the potential to replace traditional gasoline or diesel vehicles and if it could compete with electric vehicles. battery-powered (VE).

While some automakers are rushing forward with H2 vehicles, others have retreated.

As the development of a hydrogen combustion engine continues, competition between those who bet on the future of electric vehicles and those who believe in hydrogen cars instead continues. What we know is that transport as a whole must decarbonize if the world is to meet its climate goals. While passenger car automakers showed considerable interest in H2 early on, many of those who looked at alternative fuel early on backed off, even though they kept their focus on it at low points. heavier purposes, such as transport trucks or heavy machinery.

Having said that, automakers who have maintained their interest in using H2 for cars, as well as other vehicles, have developed fascinating technologies with an emphasis on range, fast refueling time, size, weight, safety, cost and many other factors. . Among these technologies is a version of the internal combustion engine (ICE).

Will a hydrogen combustion engine be what will propel H2 engine cars to the fore?

The idea of ​​H2 cars is not new. They’ve actually been around for decades, both in concept and in actual production. The most famous is the Toyota Mirai, two generations of which have already rolled off the production line, followed by the Hyundai Nexo crossover. Honda had evolved with the Clarity FCEV, but recently gave the ax to this project.

That said, despite many attempts, H2-based fuel cell electric vehicles (FCEVs) have yet to take off to a mainstream level. If there are models on the road, they are still quite rare. In the two existing models of H2 cars on the road, Toyota and Hyundai have used H2 to power a fuel cell, which uses a chemical reaction to convert energy into electricity that powers an electric motor, which powers the vehicle.

However, this process remains both expensive and complex. Therefore, Toyota is also exploring the opportunities for a hydrogen combustion engine that will still focus on H2, but power the vehicle in a whole different way.

What makes a hydrogen combustion engine different from traditional FCEVs?

There are many different components involved in producing and operating an FCEV. After all, to operate the vehicle in the manner described above, the vehicle requires H2 tanks, the fuel cell, as well as one or more electric motors, depending on the configuration of the vehicle. These should all be combined smoothly and securely into one unit. Additionally, using H2 in this way requires the vehicle to contain platinum or other very expensive rare and precious metals. This is necessary for the oxygen reduction reaction in the vehicle fuel cell.

In this article, #ToyotaTimes provides background information on #hydrogen, the key energy source for achieving #carbon neutrality, by answering various questions about the sustainability of hydrogen from the general public. https://t.co/DBJvnBGN6O #Toyota https://t.co/tEqs6mr4rU 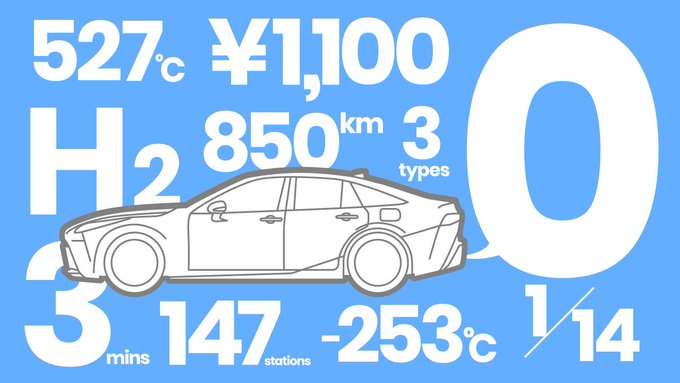 On the other hand, a hydrogen combustion engine works much more simplistically in comparison. It is, after all, quite similar to conventional ICE models that run on fossil fuels. As a result, this could mean that existing engines can be adapted to run on H2 by replacing some components, such as the spark plugs and the fuel system. That way, it would reduce the number of changes needed to switch cars to H2 instead of gasoline or diesel.

This is advantageous for automakers as it means that they could keep their main vehicle base, which has been tested and proven over time, and update it to suit H2 applications without the need for massive changes. – and investments in – electric powertrains. Switching to a hydrogen combustion engine could convert a conventional ICE vehicle into a very low carbon vehicle.

Why is a hydrogen combustion engine not a zero carbon vehicle?

While an H2 car based on FCEV technology is zero carbon, emitting only water in its operations, the same cannot be said of the hydrogen combustion engine. Although the difference is small, it does exist. The reason is that by using H2 in this way, the vehicle needs engine oil and will burn a tiny amount of it. As a result, H2 ICE will produce a very low amount of nitrogen oxides (NOx) emissions. Although it is significantly lower than that of the most efficient gasoline or diesel vehicles today, it still emits NOx, which means FCEVs are the true zero carbon vehicles between them.